Position: head of the sector of organization of research activities of gifted students

Shukhrat Ismoilovich Bobokhuzhaev has vast practical experience in various fields (in production, banking and finance, financial and stock market). Since 2012, he has been working in the "Economics of Oil and Gas" department of the Branch of the Russian State University of Oil and Gas (NRU) named after I.M. Gubkin in the city of Tashkent. Also, since January 2019, he has been the head of the sector for organizing research activities for gifted students.

Since September 2020, he has been working at the Branch of the Gubkin Russian State University of Oil and Gas (NRU) in the city of Tashkent as a senior lecturer at the Department of Oil and Gas Economics.In 2007-2011, a dissertation work was approved for defense on the topic: "The specifics of the organization and management of banks in the securities market of Uzbekistan." However, due to the change in the conditions for awarding academic degrees in the republic, the defense of dissertations was suspended and today preparations are underway for defense.

From 2000 to the present day he has participated in 4 international (Germany, Denmark, Italy, Spain, Russia, Kyrgyzstan, the World Bank) and 2 republican research projects. He has published over 230 scientific papers, including in the USA, Germany, Switzerland, Holland, France, Russia, South Korea, India, Vietnam, Belarus, Kazakhstan, etc.In 2014, a letter of thanks was received from the editor-in-chief of the Russian magazine "Finance" Yu.M. Artyomov, who noted the good quality of the articles, the high creative activity and the contribution of Sh.I. Bobokhuzhaev to the expansion of bilateral contacts in the field of higher education of the Republic of Uzbekistan and the Russian Federation.

Since 2015, he has been an advisor to the International Russian Academy of Natural Sciences on economic issues. In 2016, he was included in the experts of the Group of Experts on Agricultural Trade in Europe and Central Asia (Food and Agriculture Organization of the United Nations (FAO) on support of agricultural enterprises.Since 2016, he is a member of the expert councils of specialized journals of the International Russian Academy of Natural Sciences, a member of the editorial council of the scientific international journal for high school students and teachers "International School Scientific Bulletin". 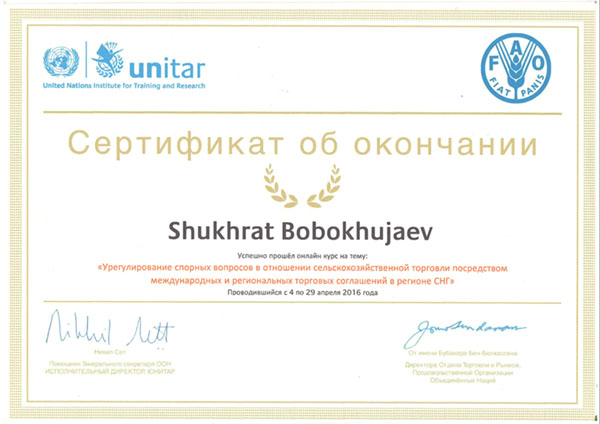 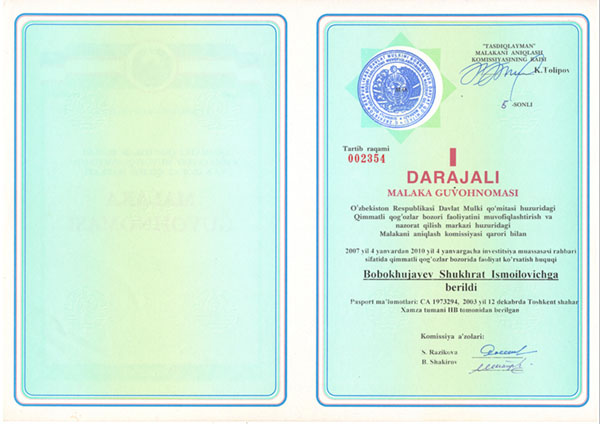 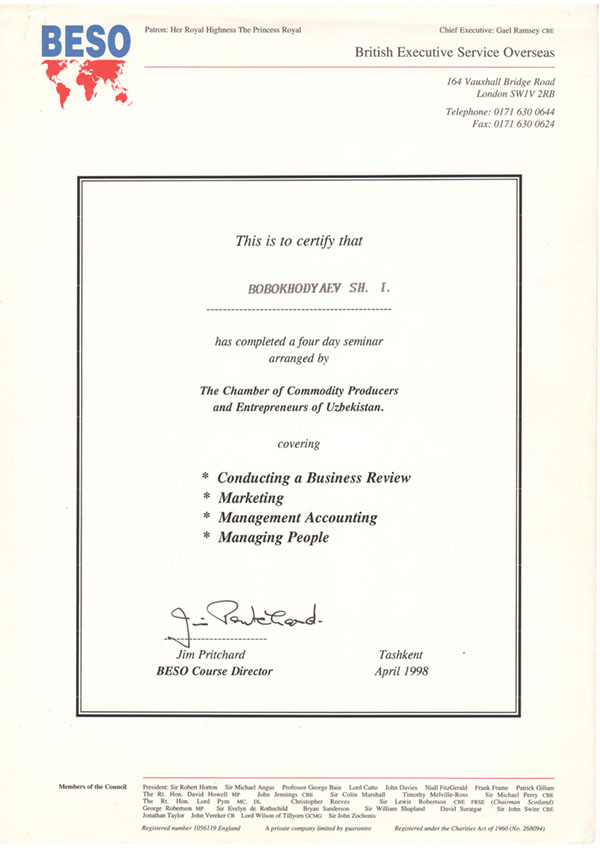 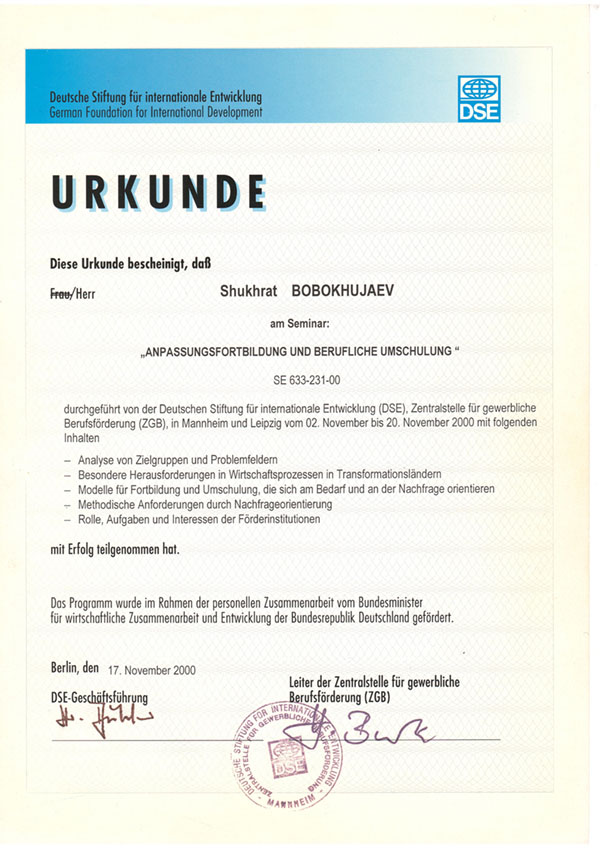 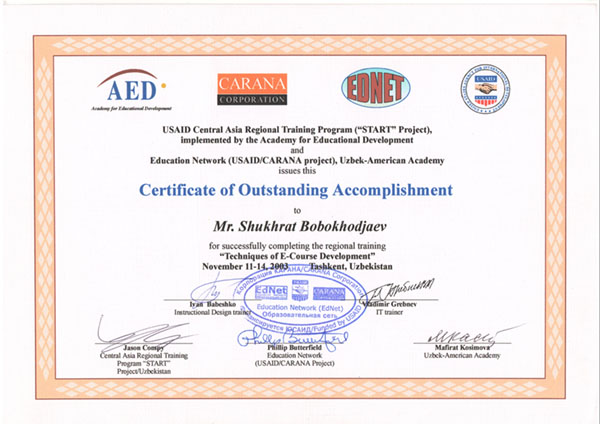 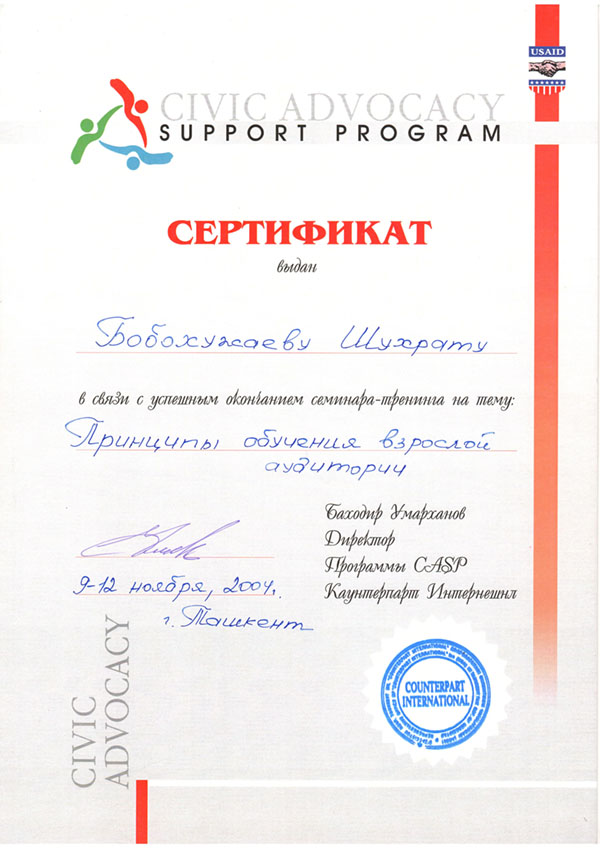 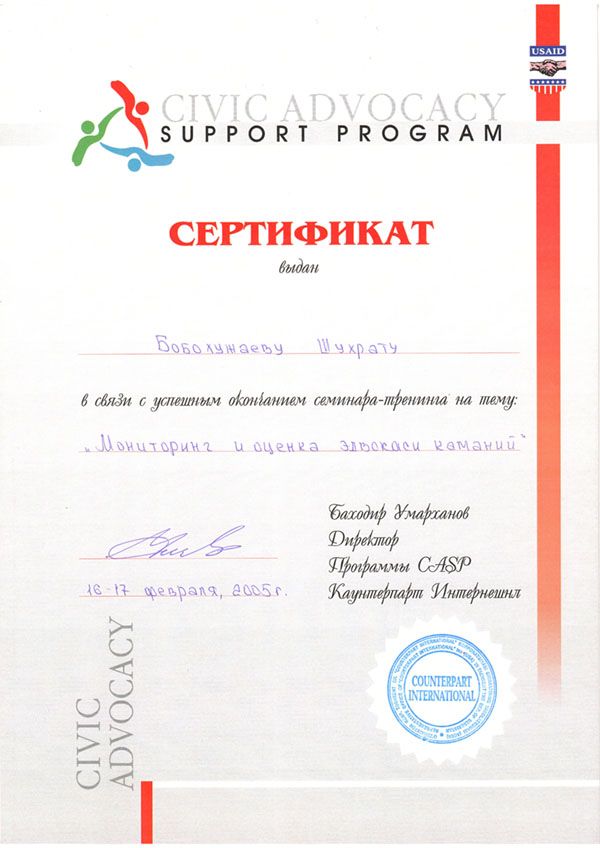 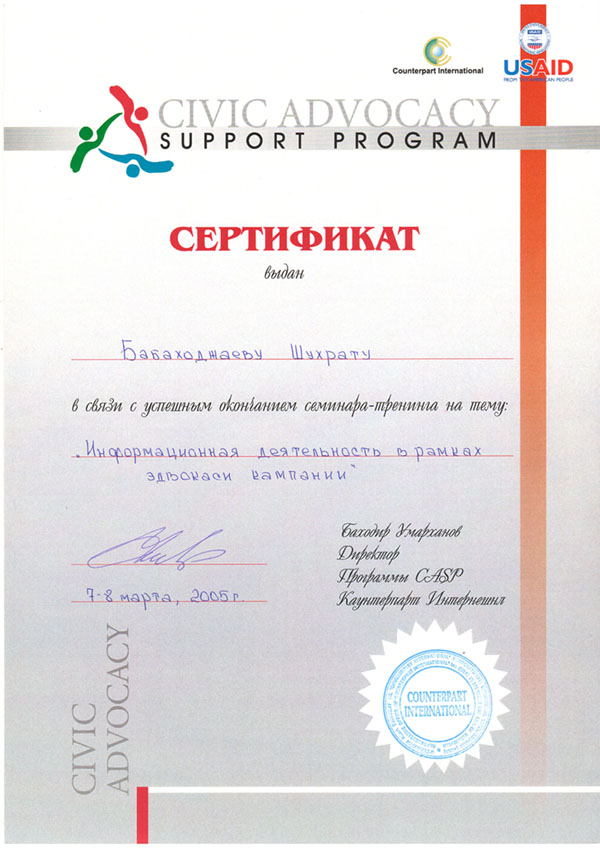 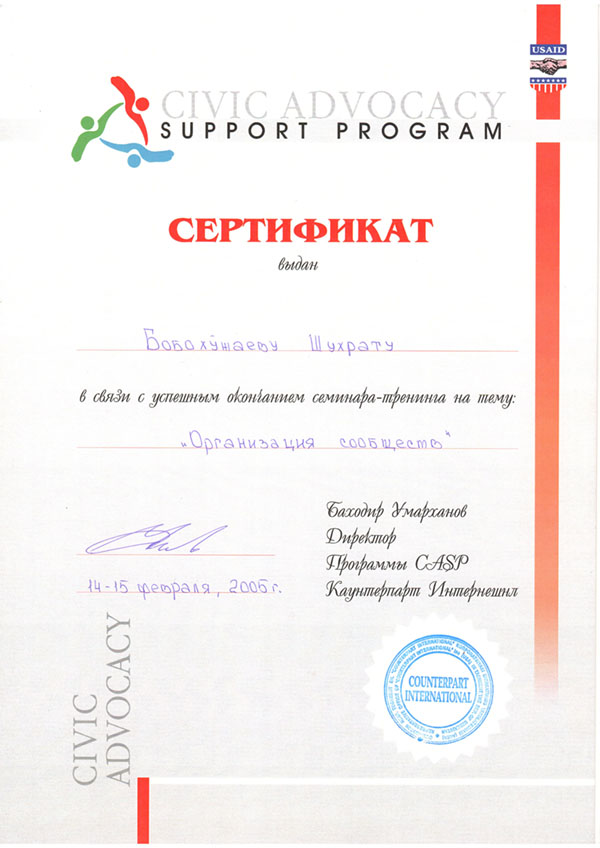 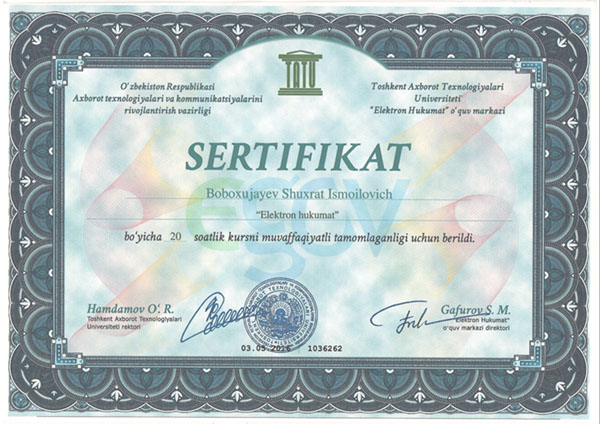 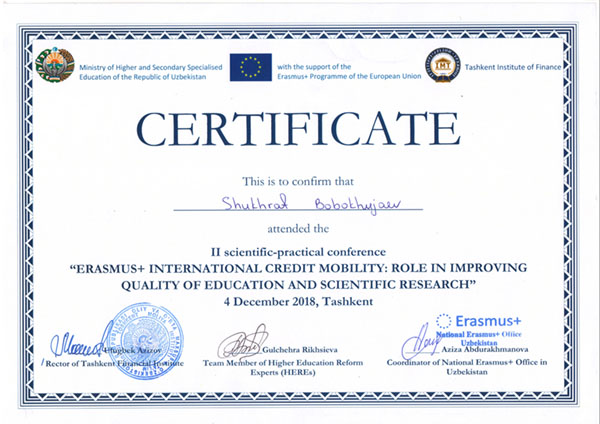 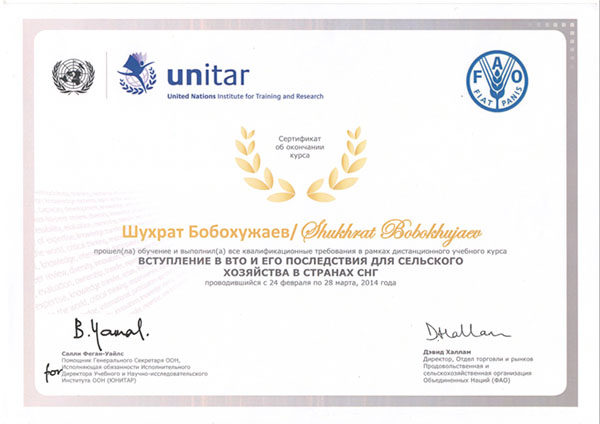 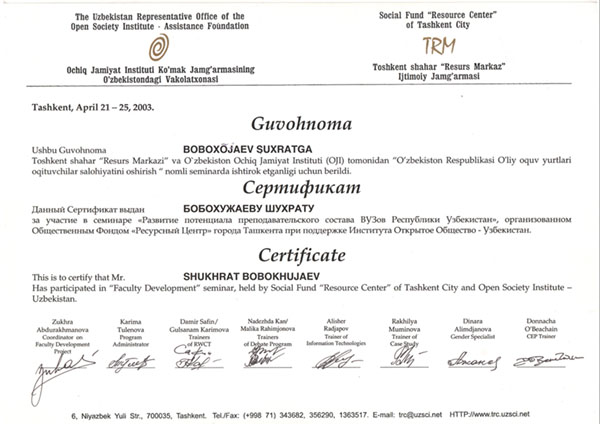 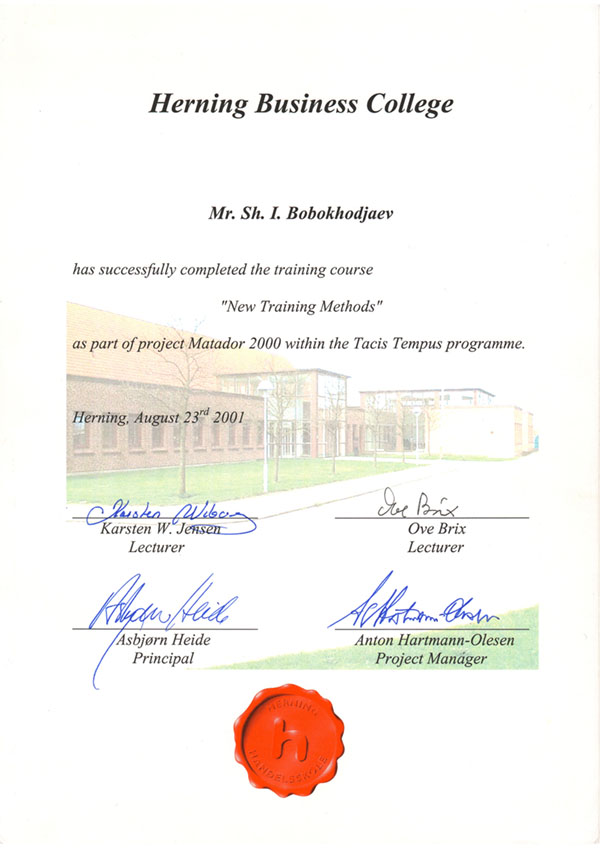 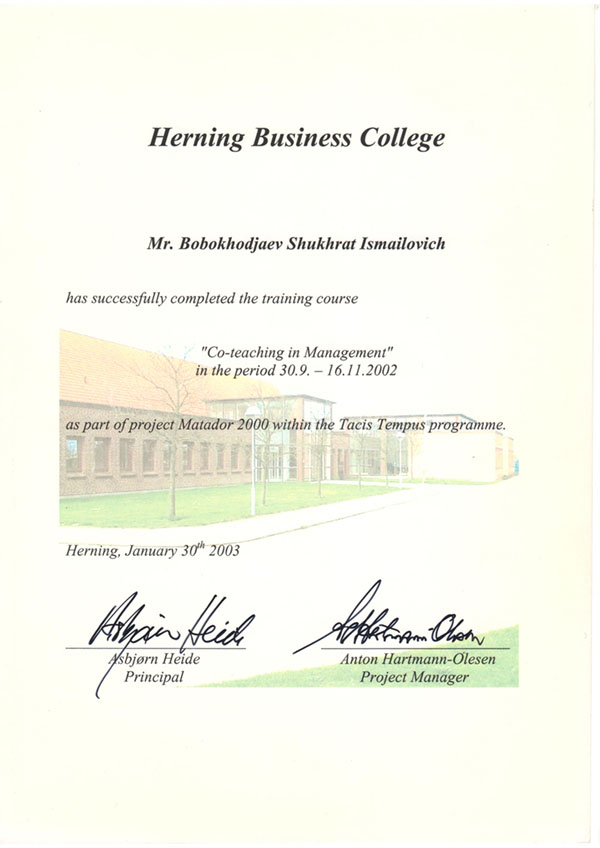 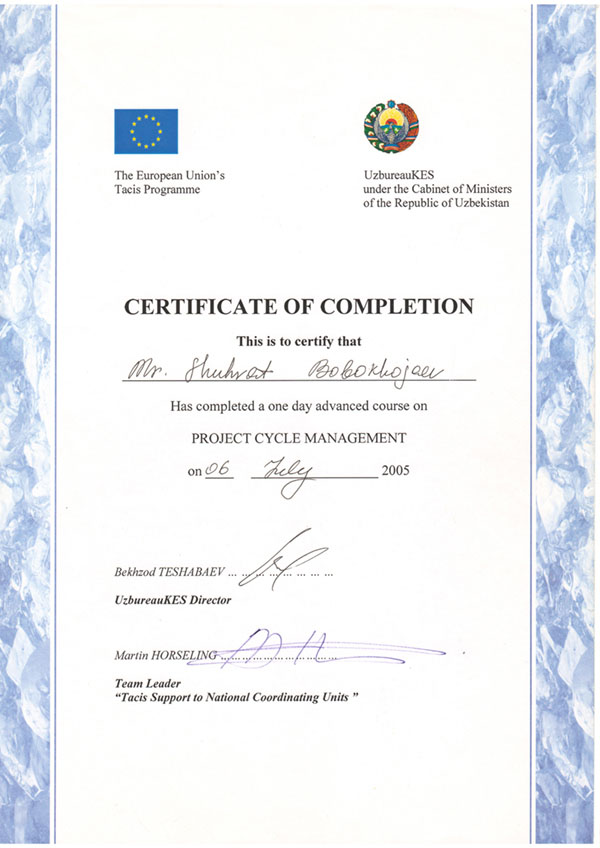 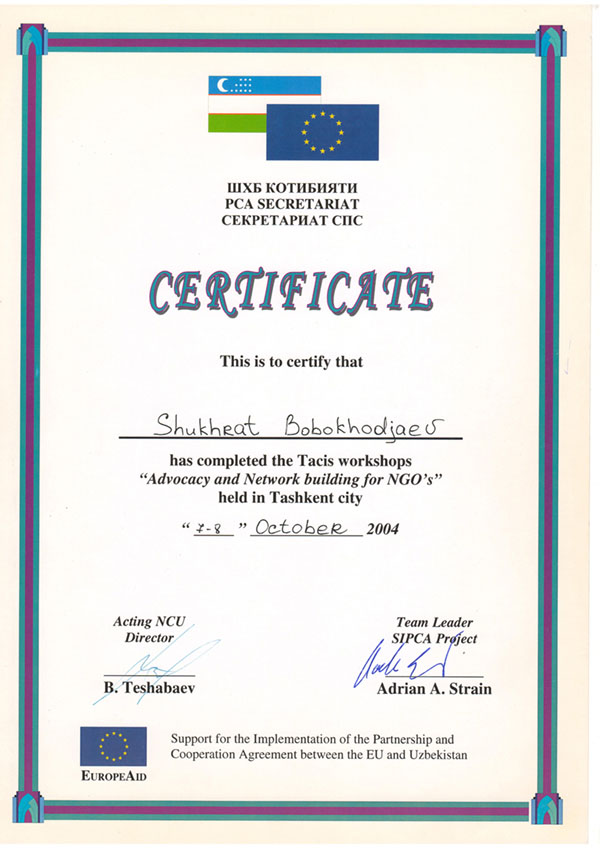 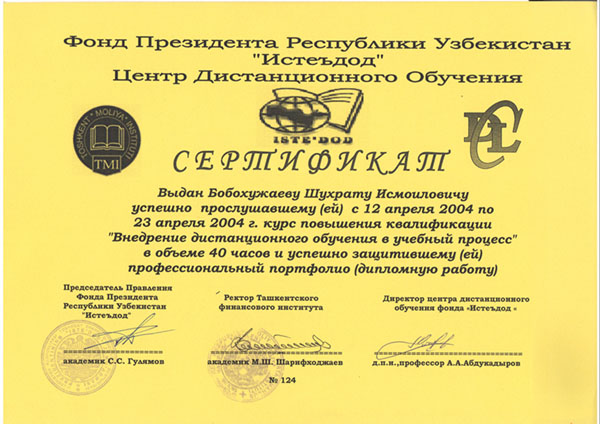 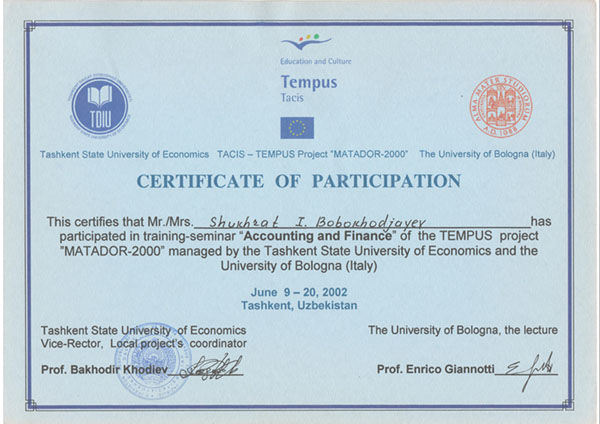 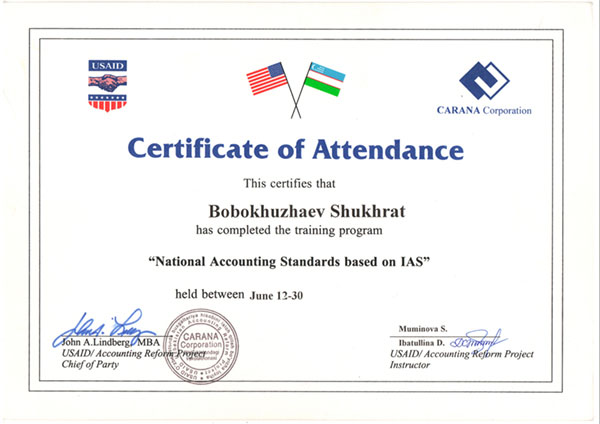 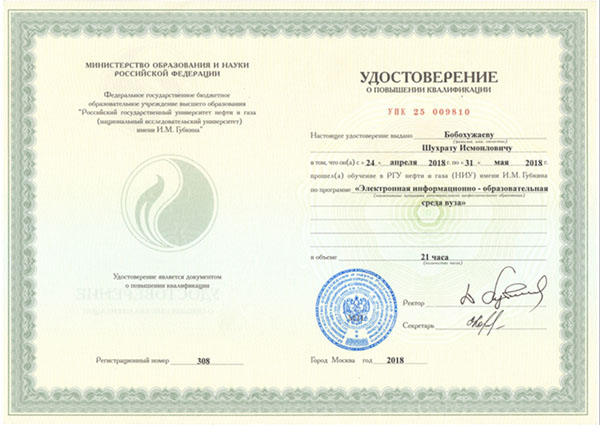 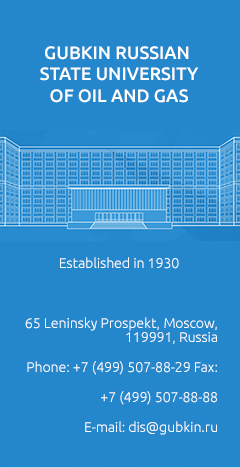 Department of physical education and sport